On 24 April 2022 the Italian Paolo Cannito beat the Turkish Kerem Cam Mezinelers and won the European WKU belt of Thaiboxing K-1 57kg in Italy. The WKU European title was disputed in the Palavitulli of Santeramo in Colle, as main event of the “Extreme Fight XVII” Gala organized by the Promoter Graziano Lassandro. It was a hard fight with a continuous head to head in the first and second round. Then in the third round Paolo Cannito inflicted three counts on the Turkish and won by TKO in the 3 round.
24th April 2022 Palavitulli Santeramo in Colle BA Italy
Event: “Extreme Fight XVII” Promoter: Graziano Lassandro
WKU European Title Thaiboxing K-1 Rules 57kg
Paolo Cannito (Italy) defeat TKO 3R Kerem Cam Mezinelers (Turkey) 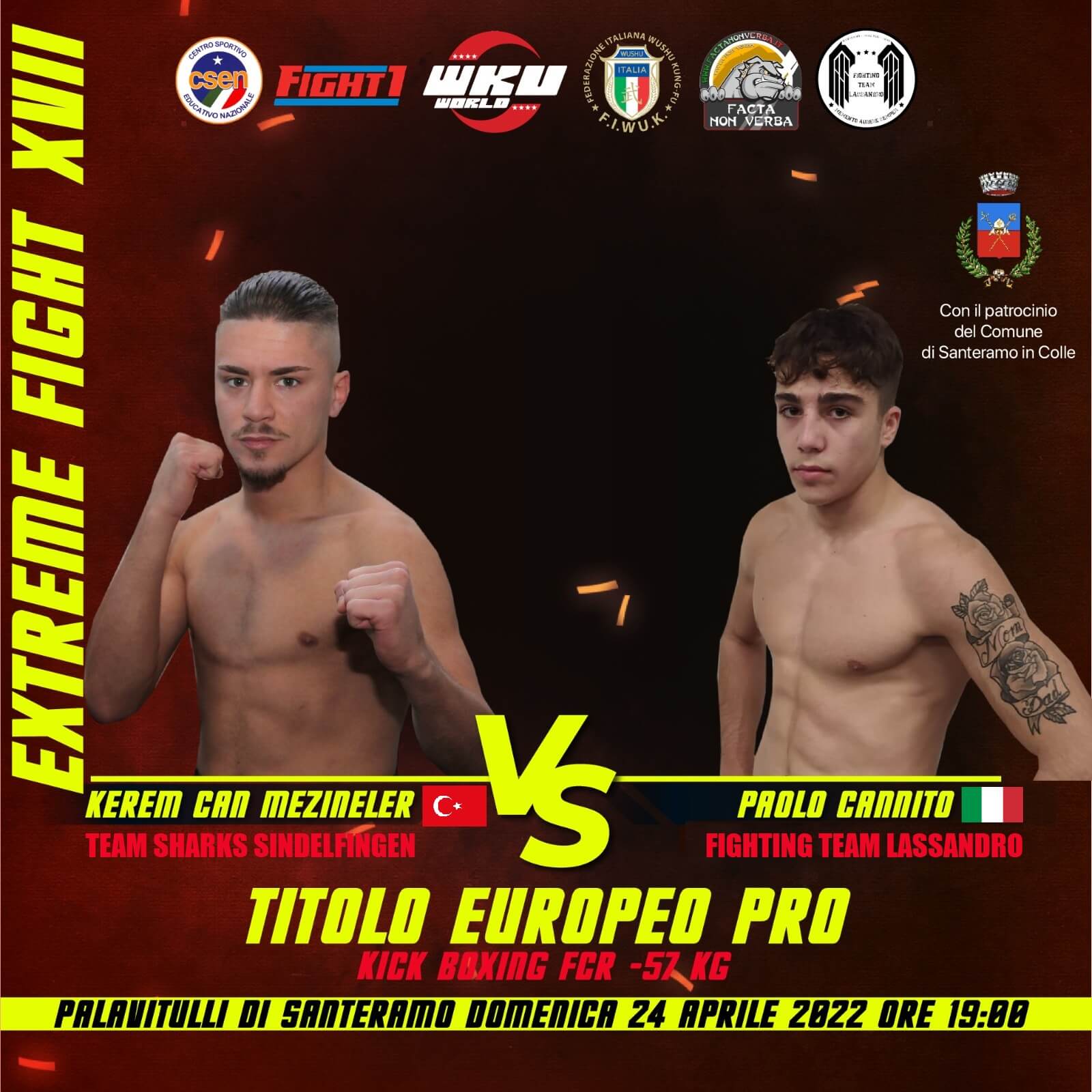 GLORIA PERITORE CAPTURED THE WKU WORLD BELT IN THE MAGIC OF “THE ARENA 4”
The fourth edition of the gala “The Arena”, was organized on 26th March 2022 with great professionalism by Marco Re and Laura Scherini at the sports center in Cornaredo MI. It was a great success with the public and especially with the show in the ring. The high level and several fights involved the spectators for their quality and intensity.
“The Arena” was broadcast in live streaming on the website www.la gazzetta.it and reached an absolutely international dimension. It ranks at the top in Italy among the various jewels that Fight1 can include in its national organization.
The WKU title fight was spectacular with high emotional intensity. Gloria Peritore (ITA) won the WKU World title 57kg K-1 Rules against Maria Korogiannou (GRE) with a fight on the attack.
26th March 2022 Cornaredo MI, Italy
WKU World title 55kg K-1 Rules Thaiboxing 5×3′
Gloria Peritore (Italy) vs Maria Korogainnou (Greece)
Winner and New Champion Gloria Peritore Dec. 3-0