Events at this location

Past and Future Events 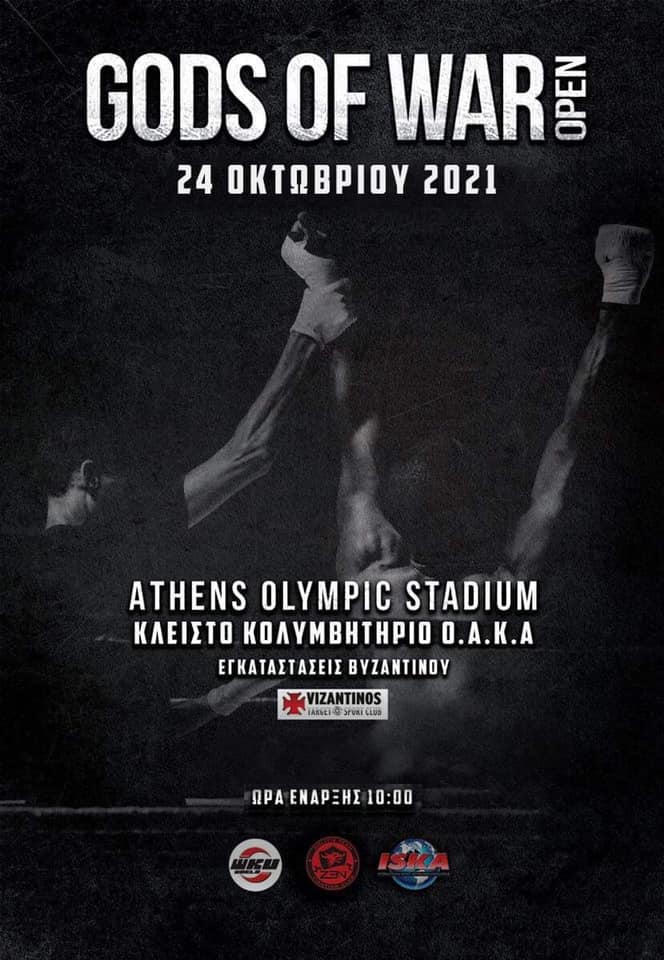 [ENG] GODS OF WAR OPEN 24 October OAKA
Byzantine Facilities
All fighting styles in ring and tatami under the auspices of the top federations ISKA WKU Official K
Participants from all over Greece & Cyprus!
Within the week the official invitation will be sent to you and you will be able to register your entries on the event’s platform!
Stay tuned we are in the biggest World rings!

Night of the Champion: Besim Kabashi